I was having monitor and controller issues, freezing up near end of jobs using 1.1.1. I reverted back to 1.0.9.

Did the first part of an inlay carve (in walnut no less $$$) and the carve looks like it jumped relative x and y axis orientation mid run. You will see the second part of the carve is lower and there is a space between letters that is not there in the layout.

I just re upgraded to 1.1.1 and trying the same carve in pine, as a test piece. I have produced a dozen or more inlays, with zero problems. I had total faith in the workflow and machine… until now.

To not have confidence in a machine when raw materials and time is so valuable is very very disappointing !!!

Here are some photos of the issue 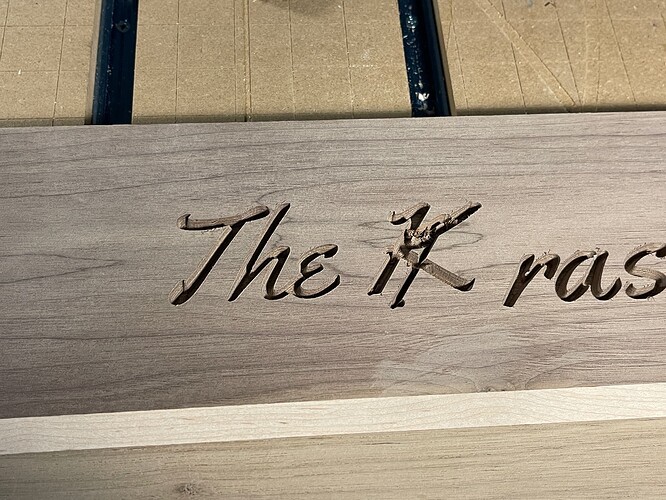 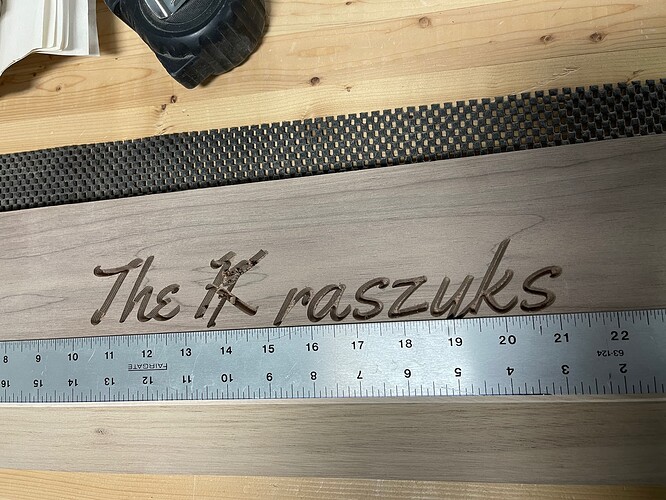 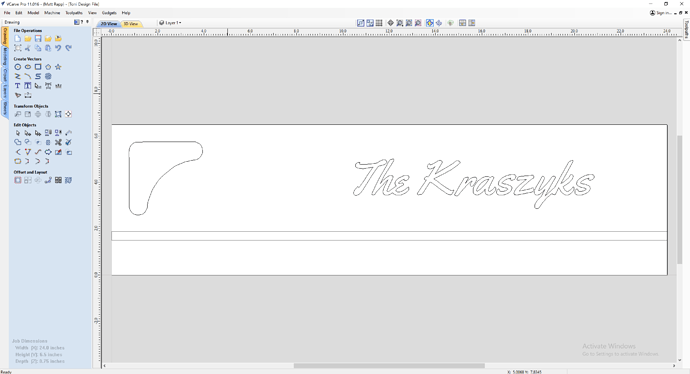 Sorry you are having issues. Firmware 1.0.9 has been battle tested by many users. This looks more like the machine crashed into something, the material moved, or your feeds and speeds exceeded the forces the steppers could handle. What else have you ruled out?

Agree regarding 1.0.9. I have never had an issue and felt it was bullet proof.

This was a very simple VCarve, new layout, but I have ran this type of Vcarve a dozen time or more with the same speeds and feeds. I am pretty conservative that way. There was nothing in the way of the of the machine to interfere, workspace clear of items. I have seen the magnet of the probe get stuck on the rail bracket by mistake, but my board placement was more centered in the work area, so the other rail would not have gotten to the end.

The material was held down with 5 clamps. I thought about material shift, but the nature of residual alignment is very precise. I am 99% sure the material did not move, as this was a process I have used for several jobs with no issues.

1.1.2 alpha is already here on the forums

I switched to 1.0.9 and have definitely had weirdnessess that I can’t really explain. It has been pretty anxiety provoking not knowing if it’s going to dig in for no reason. I don’t know what’s up.

The sentence, “don’t use this version unless you want things to break” was enough of a warning for me not to try it.

Are you suggesting that enough use has happened that it’s an answer?

I use my machine for some side work, I have orders that I need to make with associated deadlines. One of the best attributes to date has been reliability.

this was my post about some inexplicable stuff that happened in 1.0.9. I have no idea at all what was going on.

Update: After loading 1.1.1 back and restarting the machine, I re-ran the exact same tool bath with no changes to the program. I did not load a new copy, but ran the file already in the library.

It ran perfect with no issues. This was in a piece of scrap pine I had. 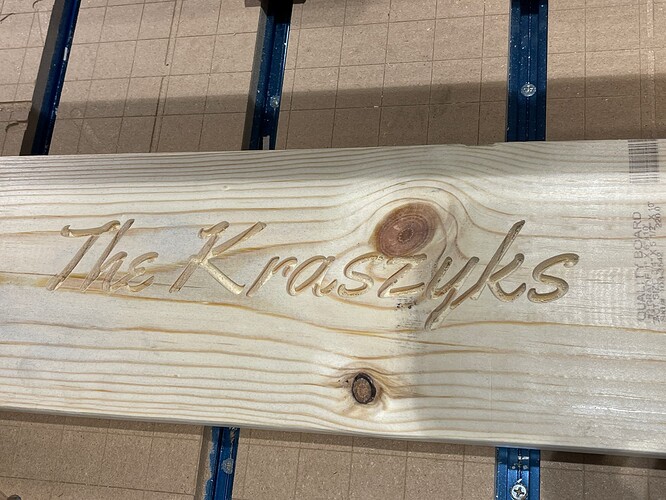 Update: I ran another couple of files later on the same day in 1.1.1, and on the third run, my system froze again after running for 5 mins.

I have an email in to onefinity support to see what we can determine.