We recommend staying on 1.0.9 at this time as some bugs were identified in this release. We are working on bug fixes but have no eta at this time

1.1.1 is the eight firmware update for the Onefinity CNC Controller.

(sometimes, computers (esp. macs) like to ‘unzip’ or decompress the file automatically upon download without the users ever seeing the process so ensure you are loading the full zipped file ending in .bz2)

How To Install:
Updating via USB
You’ll do an update via USB using the following steps:
Copy the blue .bz2 file above onto a usb stick (it must be formatted as fat 32 or ntsf). Click the flyout menu (three bars on top left), general, under firmware click ‘UPLOAD’. Select the 1.1.1 file.
If you are on firmware 1.0.8 or lower, it may ask for a password.
the password to update will either be buildbotics or onefinity 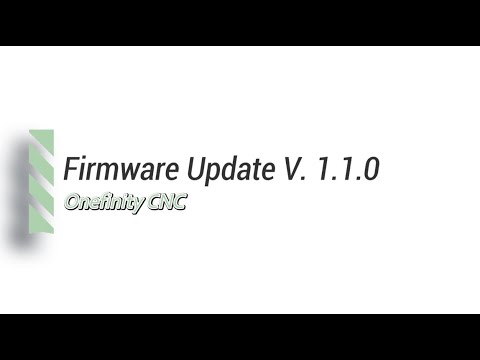 We’ve identified a few bugs in this firmware after general release.

It is recommended to flash back to 1.0.9 (via the SD card flash method) if you experience any issues with this firmware.
Process here: How to reflash the operating system on the Onefinity (Full SD card image)