Spindle speed: 8556 (1.5 on my Makita router, not sure if software can change the speed of the router so I don’t think changing spindle speed in vcarve helps but I could be wrong)

What I think went wrong: I didn’t use the magnetic probe to probe my Z when I changed my bit from 1/4 to a 1/8 … Yeahhhh I’ll be sure to remember that next time if that was the problem haha

Well time to order another 1/8, I will probably order a couple for when this happens again.

Leaving this topic here, when my new bits come I’ll try again and update in hopes others that are having similar problems will find the post helpful. I’ve been lurking around and reading some posts that have helped me a lot so I’m just doing what I can to contribute to the forum.

Wow looking at the video on desktop, I have no idea why the video looks so bright. Must have something to do with my iphone HDR settings. Maybe I’ll turn it off.

I wanted to note what I use to calculate my feeds and speeds. I use two sites, this one Fablab Feeds and Speeds Calculator and this one Feed Rate Calculator

Again sorry for the super bright video, I’m actually going to turn off the HDR feature on my phone right now. Thanks for reading!

Got my new bits, tried it again but on another engraving (bike) and it worked! The bike looks and feels amazing.

However when I moved up to 1/16 on another project the bit broke (1/16). I probed this time so I know that’s not the problem. I can think of two things!

I’ll attach a link for the video of the 1/16 breaking and a picture of the awesome bike.

My next test will most likely be adding more passes because I can’t really change my cut depth as my project needs the depth it’s already at. So I’m hoping the extra passes will take off stress. 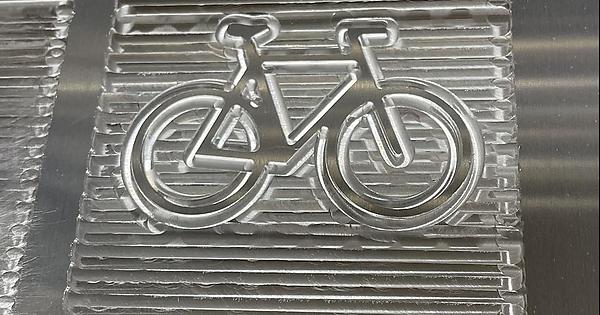 The second video looks like its moving pretty fast. Much faster than the first video. You may try a .001 chipload for the 1/8 bit. 9ipm at that rpm.
I broke a few 1/8 shank bits then started using 50% bit diameter for doc and have had much better success with the really small bits.

Hey J, the first video was slowed to show the bit breaking. The speed was 17rpm which you are right, is still a lot faster than what I had my 1/16 bit at (for the 1/16 my IPM was 34 with DOC at 40%, it would have been 80% but the toolpath had 2 passes). I was going to try again with another set of 1/16 only this time I would use a DOC of 20% to see if that would help take off stress on the bit. Unfortunately being a complete newbie at this I broke the bit again because I confused myself with -Z and +Z plunging the bit into my probe causing it to break LOL

Going to have to wait another week to test out if the 20% helps, but if you don’t mind me asking. For a 1/16 bit at 17000 RPM what IPM would you suggest? I’m using a feed and speed calculator to calculate this for me and I’m wondering if it’s best not to rely too much on it.

I will try out the .001 chipload and 9ipm for the 1/8 bit the next time I use it, thanks for checking out my thread!

Edit 3: Another amana bit down… This time I lowered the feedrate, step over, step down, plunge slightly down.

I also doubled the passes so now it’s at 4 passes. This time it looks like the aluminum was sticking to the bit adding way to much strain causing the bit to break? When I pulled the bit out there was definitely some resistance.

I’m assuming the lower speeds made it so it was cutting the aluminum very very fine which made the bit real hot and the aluminum to stick to the bit.

My next Amana bit comes soon, I’m going to try the the feeds and speeds recommended by the websites but this time with 3 passes instead of 4 (so that’s a DOC of 27% , 7% more than last time) also with WD-40 plus air. If that doesn’t work then I’m going to ask for help on the forum by making another topic.

I’m not sure if I can change the title of my post but if I can I’ll change it to “Aluminum 6061” so this thread is more specific and easier to find for those that are looking for it. 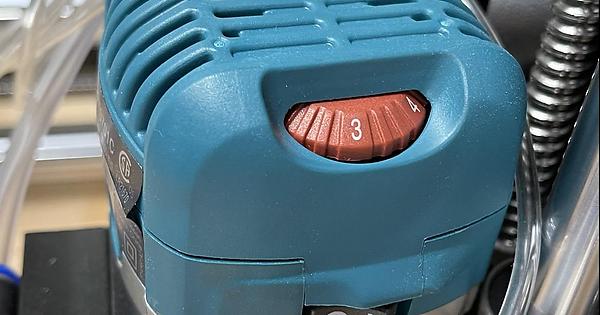 Thank you for reading my tread and for the suggestion, I’ll download it and check out the settings as soon as I get home!

Your description on this cut helps know what’s wrong here. If the bit is getting hot and the chips are fine then the chipload is too low then the rpms need to be speed up. 80% of heat in a cut is carried away by the chips, 10% goes in the material, 10% stays in the bit, so if the chips are not large enough then the bit retains more of the heat and gets hot. The heat makes it brittle and dull so it breaks. Try 18000rpm (3.2on makita) 36ipm 15plunge .02doc

I updated edit 3 so it’s more clear and I also added a picture of what my Makita was at during that test. When you say 3.2 on the Makita do I go up 2 groves? There’s only 3 until it hits 4 so I just wanna make sure before testing.

Here is a picture of my DOC passes, this is on Vcarve: 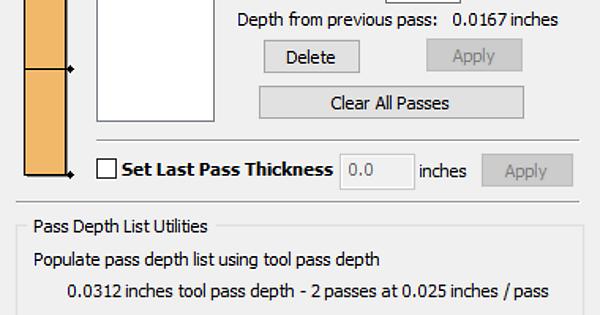 Do all the passes at the same depth of cut. When you change these and go up every pass you are increasing the depth the deeper in the material putting more stress as you go. For the makita 3.2 is about 20% pass the 3 between 3 and 4. I would do all the passes at .025doc. 0.025, then 0.05 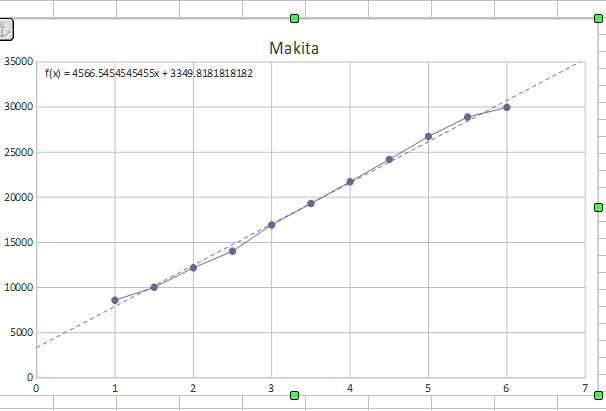 Hey did you get your speeds all dialed in? I got my machine a few weeks ago for metals only and have been pushing way faster. .03 doc .21 woc 100+ ipm easily with a datron 6mm single flute.

depending on your workholding of course

Thanks for sharing your feeds and speeds, hopefully they will help people who see this post. Unfortunately I have decided to move on from this project, I sold my machine about a week ago. It was fun and interesting but I don’t have the time to figure it out, spent a good amount on bits and decided it wasn’t for me. It’s a great machine and with the right person it can be a powerhouse! Wish you the best with your onefinity!!

Thank you everyone else as well for trying to help me with this project, I appreciate it a bunch.

It’s always take time to learn what you are really interesting, worth to try whatever.