I wanted something substantial for a bare wall in my game room and decided to do a Legend of Zelda tribute using the opening scene artwork from The Windwaker. This was also a great way to continue breaking in the new machine as it required splicing together two full-bed carves. 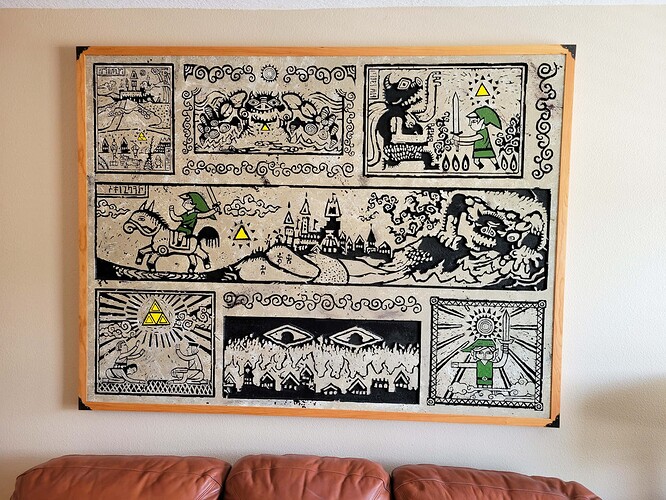 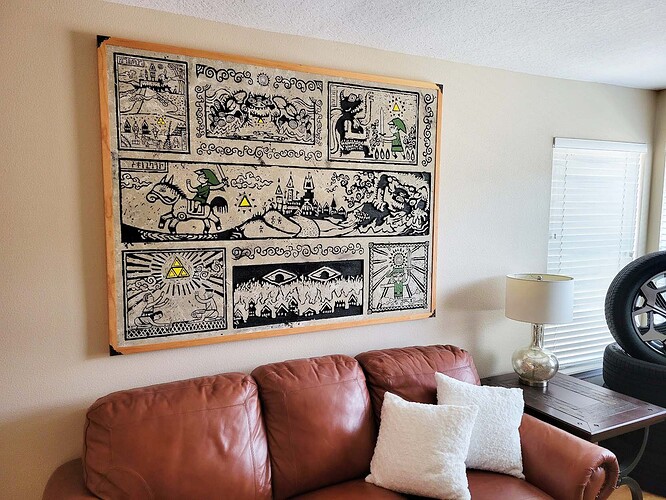 Materials are MDF with 1/4" plywood backing and 3/4" plywood reinforcements. Simple cherry frame. French cleat for mounting as it’s quite heavy. Due to wanting a rough and textured finish, I chose not to pre-paint and mask. Instead, I painted the entire carve black and used sponge painting to build up the foreground. 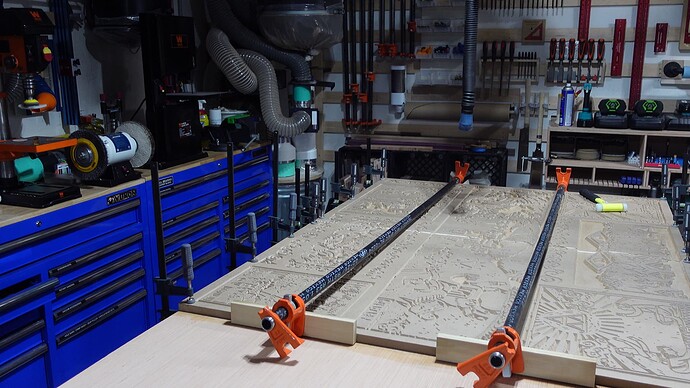 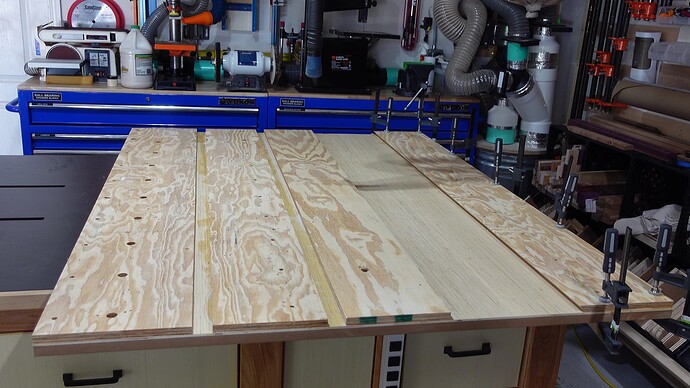 I attempted to video the carve, but the LED lights in my garage apparently create a ton of flicker. I opened the garage door to get some sunlight for the right half, so it’s at least tolerable. This is something I’m going to have to work on as I’d like to do a better job of documenting my projects.

I have to ask. Do you have a wife? No matter how much of a man cave I have there’s no way she would allow tires inside the house.

I bet you have some time into that project. Looks good. I can remember a long time ago playing the original Zelda (with it’s poor graphics by today’s standard).

Lol…They are very clean tires — came off a brand new vehicle. Most guests seem to agree it works with the game room vibe.

I grew up on the original NES games as well. But Zelda really got me hooked. I have bought updated consoles over the years for the sole purpose of playing the newer Zelda games and remakes. And I’ll go back and play the original from time to time.

I can hear the opening song now. looks great.
Wind waker is probably one of my favorite games, I would love a release on the switch.

I’m not going to lie, I caught myself humming the song more than a few times while working on it.

Man that looks BEAUTIFUL. I’m a huge Zelda fan and I absolutely love this. Still waiting for my Onefinity to get here and have been playing/learning a lot with Vcarve.

Mind if I bug you to tell me a bit more of what software you used, bits used, feeds/speeds, etc?

I used VCarve Pro for software. This was just a simple carve + clearance, max depth 0.325".

Below are the bits I used. I got my starting feeds and speeds directly from the Whiteside Vectric Tool Database.

This is really excellent. Nice work!

Lol. I’m not holding my breath. I know how these video game timelines work. But I do already have it on pre-order. Wind Waker was probably my favorite Zelda game in terms of art style. It was so different from anything else at that time. But a new project is certainly possible if some design from the new game particularly strikes my fancy.

How did you get the art used to make the cuts?

I purchased this inexpensive vector artwork from Etsy, then modified it. 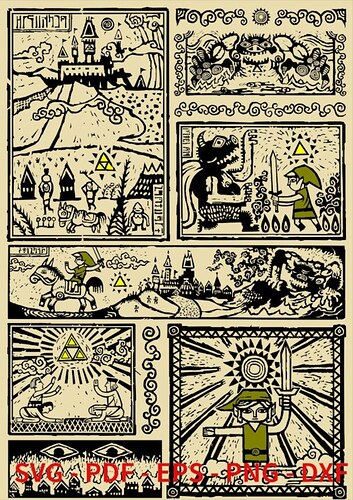 This Digital Drawings & Illustrations item by SebKoncept has 26 favorites from Etsy shoppers. Ships from United States. Listed on Oct 22, 2022

Cutting the artwork in half for milling was the most time-consuming part. I had to do it in multiple steps as it required creating an overlap between the two halves to allow the tip of the V-bit to get all the way to the edge of the joint, then the halves were trimmed to fit together perfectly. Otherwise, there would have been a ridge along the entire joint.

It came out looking supremely nice. I greatly appreciate the information! Wonderful inspiration for future projects.