I think if they first made a 43 mm mount like imagined here which would allow the use of e.g. the Mafell FM 1000 PV-ER with speed control interface and true ER collet as known on spindles, and a lot of other motors from which I imagine some are surely available in North America (you mentioned the Stepcraft the other day), they would make no mistake. After all, when we are talking of AMB (former Kress) , the Suhner, and the Mafell milling motors, unlike the Makita, we mean highly reliable motors specifically made for CNCs. Unlike the Makita, they are not likely to burn your workshop down

. How many people come here and say, I would like to have something more reliable than a hand trim router but fear wiring a spindle/VFD – these simply to plug in milling motors would be the solution for so many.

By the way, the Z assembly you show is very much in the direction I envision. However, I would first like to determine how much twist the X tube pair has under load and how much play is in the Y bearings before deciding how close I need to stay with the spindle axis to the X axis because of the leverage.

Thanks everyone for your comments.
The makita router was only a small part of what I was saying. I actually have 2 of them, great router.

What I was talking about was the anticipation of new upgrades, not a totally new line. I was excited to see what they had for us, the first line users. Some cool new shiny add-on, something.

As for spindles and VFD’s, stuff from china… PWN has a nice setup, but more than doubles the price for him to set it up.

So many possibilities that could have been created for us.
All the after market stuff people are 3D printing, some better than others, I have tried alot.

All I am saying, I already made a big investment, options for the existing customers, without buying a new setup.

With such a great product, give us something for what we already have.

Am I asking for to much. 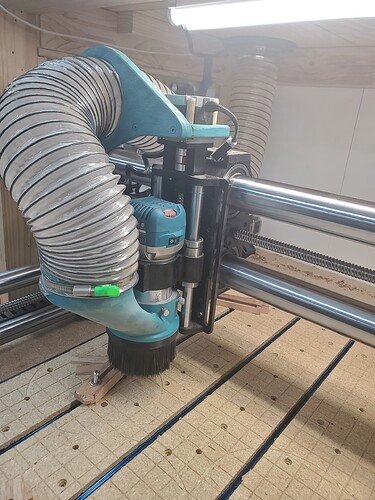 in any case, you don’t skimp on hose diameter

That’s what she said

It might be interesting to make some aluminum reducing collars to fit the 65 and 80mm options we have now.

Which also reminds me, I need to reach out to 1F to switch over from 65mm to 80mm on my existing Elite order.

I did this over their holiday break and they switched my order earlier this week. Very easy.

The leg kit and laser both were launched in the same week as the other new things black friday week if I recall right. For the stand maybe your thinking of the rolling stand. It was out already but the Zno wheel sturdy kit was new. Slider although overkill still has a mount option that will work with the makita. Was there something specific you thought would be nice to have come out this year for existing users that didn’t? Sure they would be open to specific suggestions.

I think you missed the point. After of over a year using my x-50, looking forward to upgrades for the everyday user, I was hoping to see something for the rest of us. My stock z slider is just fine, alot of us have enclosures, separate lasers, etc. So, thanks for your input, again.

Alright. No worries. Sorry for challenging your opinion. Won’t happen in the future. Hope you find what you’re looking for. 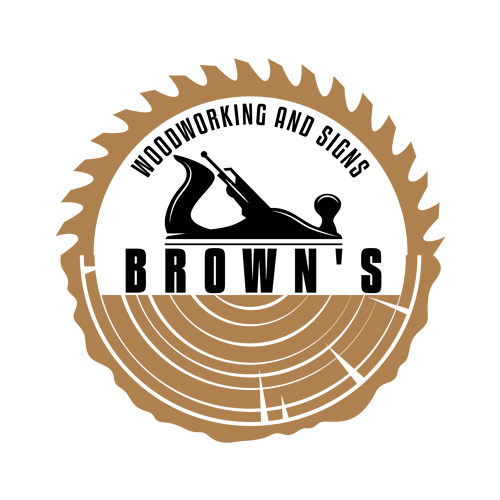 Custom furniture to fit any style from Brown's Woodworking and Signs a local family-owned business. 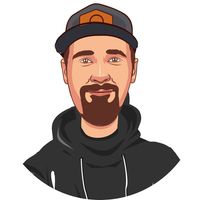 80mm inner shims to mount additional routers seems like a pretty easy make for 1F or a third party.

Anyone who wants the Masso controller can get one today directly from Masso and retrofit it to 1F or petty much any other set of rails.

I’ll say this (biased just like James) - I think 1F has done the right thing this year. New products to bring in new customers. I wouldn’t be a 1F customer or here today if they hadn’t released the Elite series or the Foreman. I’d be waiting for the Shapeoko 5 Pro 48" instead.

80mm inner shims to mount additional routers seems like a pretty easy make for 1F or a third party.

not necessarily entirely straightforward, as discussed here the other day

Na, it’s totally straight forward - if you’re trying to insert something that actually fits. YMMV, but obviously while possible for some routers, might not be possible for others as a shim.

I still consider this the 1% polish. ROI on something like this, especially compared to what 1F have already been doing, will be negligible.

Sure you can fit something into the 80 mm mount. But how do you want to reach your workpiece (regarding the fact that the Onefinity milling motor mount doesn’t protrude down below the Z assembly at all)? You did not read the thread linked above?

I read it and come to different conclusions I guess.

Just going through all your suggestions. Wish I had the knowledge to put some of that together. I could only imagine a killer upgrade like that to my current setup. My original onefinity is great the way it is. To drop in a milling motor would be awesome. Not crazy about upgrades from china. A vfd with a good manual from a reputable manufacturer, I could deal with that also. My complaint was I was hoping for a game changing upgrade to my current onefinity. Thanks for all the info you supplied.

The Masso controller alone, while not 1F-specific, is a huge game changer.

I don’t know of any other CNC manufacturer that even offers this level of customization or upgrades after-the-fact direct from the source.