Where can I get the cables for it, specifically long power cable from spindle to VFD and cable that goes to the controller. Or atleast the connectors with recommended cables (number of wires, gauge, insulation y/n, so on).

This guy sells premade cables and kits. He appears to know what he’s talking about and fills in a lot of questions I was wondering about. 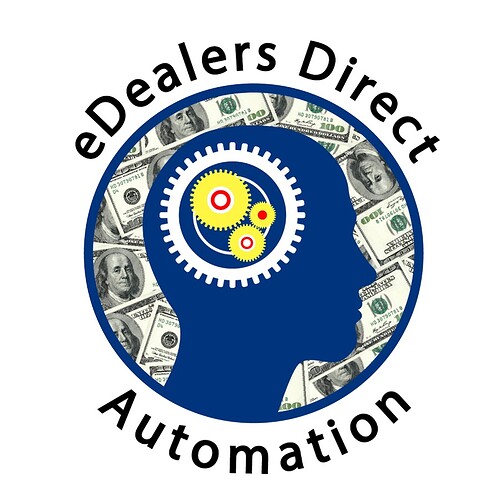 This channel is dedicated to personal automation control through Computer Numerically Controlled motion control systems. If you're interested in learning about CNC I invite you to stop by, and have a look. The information here will hopefully save...

He has an ebay store. The cables are not cheap but I would like to survive this whole thing.

I’ll check him out, thanks. I was just gonna build my own, as I am proficient in handling cables and such. Just really looking for the pinouts, and hopefully any information.

Was thinking of doing a video after I was done figuring it out, explaining all the steps in a simple easy way. Cause from what I can tell, I simply need a data cable using rs485, and a 4 pin power going to the spindle. As long as the pinouts is right, should be 1, 2 ,3. Especially since 1F added Huangyang VFD to their firmware.

@KyleKreates any updates on this set-up? And can you post a link to the spindle+VFD you bought? I found this but unsure if it’s genuine or not: 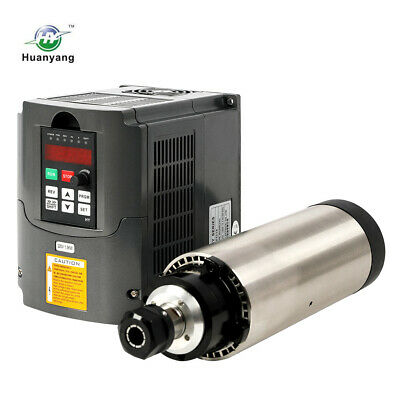 So this is the spindle VFD I purchased through amazon. I got my machine setup and all is functional. I am in the process now of getting my spoilboard flattened and marked with a grid & learning the software and such, so I don’t have an update on how well it runs. But I can say for sure it is 100% running.

I have the VFD/Spindle running on a dedicated 20A circuit, which I can get it to run at 24000 rpm’s no problem. I run the controller off of a battery on a UPS, and I run the water pump on the surgeprotector side of the UPS, via a wireless on off remote for it. Both the controller and VFD are wired to a GFCI Levitron plug. Everything works, just haven’t really put it to the test against wood yet. Thats todays mission, so we will see how it goes.

There are 2 major things I’d like to fix about my setup, but arent a top priority. If I were to do it again I’d 100% do this out of the gate. First I would extend my enclosure an additional 5 inches on the Y axis, so I can install a laser & have more room on the side for the controller and VFD, thus making cable management nicer, but also giving me room for the 2nd thing I would do. Which is install another Aviation connector (4 pin connector on the spindle) at the VFD side, so the Spindle cable can be quickly connected and or disconnected. I’d also install a female plug for the VFD with a on off switch for power to the wall. This way I can not only quickly disconnect the VFD, but I’d also be able to turn it off a lot easier since there is no power button on the VFD itself.

I still got a ways to go to really perfecting this, but its really come together so far and I am pretty happy with it. Like I said I really just got to test the VFD/Spindle see how it holds up on the circuit. I think I will be fine, but we will see.

Really nice set-up!! Love seeing the drag chains integrated. I had assumed you were running a 1.5 kW spindle for some bad reason. Very cool that you are able to get the 2.2kW going on 110V + 20A breaker with no issues.

Can I ask what size (ie cross section) drag chains you used to cope with the water cooling as well as all the cables? I have also ordered the laser so hopefully its cables can go in the drag chain too. What length cable extensions did you need for the OF cables?

I used 50mm drag chain. I ordered 3, had a few links left over for spare if need be. It was more then enough space, you can get a extra cable for laser through it as well. I wouldn’t go smaller tho.

I also bought STL files from Route 1 Wood design on etsy for the brackets for drag chain, and 3d printed them.

I would highly recommend buying the cable from him as well, he sells shielded cables to prevent any electro magnetic interfence, to which I just grounded them to the controller box. Although, I would tell him that you plan to run all the cables through the drag chain. The product he mentions didn’t fit my design, so I had to order again, to which he hooked me up with custom sizes. So if you speak to him before hand I’m sure he will work with you.

I haven’t done a laser yet, mainly cause my enclosure is to small.

Edit: side note, the GFCI was a very bad idea on my part. VFDs do not cooperate with GFCIs. They tend to pop them, causing the spindle to stall mid cut. I had to remove the GFCIs to solve the issue.